I was born in 1971 in the town of Reading, and now live in the South of England. I’ve had a few short stories published (my first in 1988), including “Elven Brides” in the British Fantasy Society’s 40th anniversary anthology, Full Fathom Forty. (See the bibliography page for a full list of my published stories).

In 2010 I wrote and illustrated Alice at R’lyeh, which I published as a booklet of 100 copies, and in 2011 I wrote an essay, “The Haunted Man” for Around the Outsider: Essays Presented to Colin Wilson on the Occasion of His 80th Birthday, published by O Books. (This came about because I also run a website, VioletApple.co.uk, dedicated to the early-20th century writer, David Lindsay.)

In 2005 I released an album, Spacewreck, inspired by the Terran Trade Authority’s definitive manual on the subject of wrecked spacecraft, and followed it up in 2008 with the more earthbound Citymusic. Both are mostly electronic, though my main instrument is the guitar. The Laughing Ghost, a one-off Halloween song, was released in 2014. 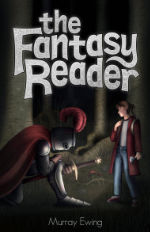 I love magical fantasy and ghostly or cosmic horror, among other things. Whatever I write, I can't help mixing humour, humanity and darkness in unequal, perhaps random measures. So, for instance, my poem The House, to Its Haunter is dead-straight cosmic-ghostly horror, while My Vampire Bride is something a little too Hammer-ish to be entirely serious, though I can't think of any actual jokes in it. (Feel free to laugh, cry, or sigh with Romantic despair as much as you like while reading it, though.)

I've always enjoyed drawing and painting, providing covers and illustrations for many of my other projects. In 2018, I started offering my services as an illustrator. See here for galleries, and more. 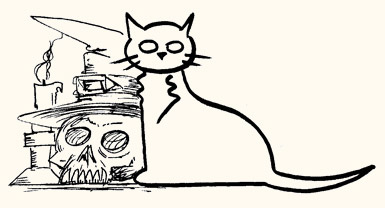